Most of the poker players, also the professional ones are enthusiastic about their bankrolls and sometimes they become so addicted that they don’t even think before wasting their money. You have to be a controlled player in order to manage your bankrolls. You should never waste your money at the cost of your life!

5 golden rules to give you an idea about how to manage your bankrolls:

Here are 5 golden rules that each player should follow in order to become a pro player: 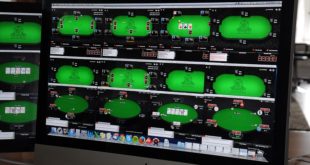